This is a story about a bunch of Veterans, an RV, a U-Haul with a stripper pole, free love, and an education in American history. And on top of all that, we got to see Tool play at The Gorge. What a deeply spiritual experience – a truly epic weekend!

Back story is that U.S. Elite and Combat Flip Flops did a giveaway for a Tool ticket, right in the pit at The Gorge. Oh yeah and crash in our pimpin RV and break bread together.

‘Twas Baldy, Griff, Wookie and the Keefer Krew (father n’ son). And to round out the Studly Septet…Kmetz. In the flesh. After the Tool weekend, the verb Kmetz was officially introduced into the English language. As in, “you got Kmetz’d!” or “you Kmetz’d that shit up!”. You still may not know what it means – but you’ll know if your Kmetz’d. It’ll rock your world.

Well Kmetz’s family asked us to sign NDA’s to not utter a word about the various hooliganry and brigandery that occurred during that fateful weekend. (And although between us we outnumber Kmetz 5 to 1, and we happen to be 75th Ranger Regiment vets, and Baldy is also SF and CAG; and Wookie is like ‘I dwarf Shaq’ size; nonetheless in the face of a potential Kmetz’ing we took the path of least resistance and just signed the fuckin docs.)

So where does that leave our story? Well, before we get into that…

The Gorge is stunning. It’s like God said, “let Me make the perfect concert venue by letting you put an open air amphitheater into some of my beautiful Creation”. Wow. Here’s the other thing about The Gorge – it’s kinda in the middle of nowhere (I guess God needed some space to work), so it’s not like other venues where you drive in and drive out. I mean you do drive in and drive out, it’s just that in between coming and going, you don’t just see a concert, you camp. And chill. And as our lively compatriots were doing, engage in all sorts of interesting activities (some of them slightly nefarious).

Wookie got us a Premium campsite to give space for us and our pimpin RV. So we rolled in, taking our place in a row of pickup trucks with campers, a sprinkling of RV’s and bunch of groups who already pitched tents and were commencing to party hearty.

Well a little while later a giant 30’ U-Haul came in and parked right next to us. With a flag flying high, that we’d never seen. We eyed our new next door neighbors with interest. What were Bubba and Fletch doing in a 30’ U-Haul? And what the hell was the flag all about? Well one of our other neighbors kept asking the U-Haulers about their flag, but no answer was given. Seems these Big Ballers had other priorities…

Well the first clue was, about 5 minutes after parking, the Beastly Boys broke out a full bar behind the U-Haul. I mean alcohol, nice, and everything vice. Enough for Lotte, Dotte, and every-fuckin-body. Impressive. We went on about our business, having fun and enjoying the scene, until we were assaulted by what sounded like a bunch of beat boxers, on steroids. I mean, that U-Haul was thumpin! And Good Lord, the language was obscene. Another nod of acknowledgment to the Rustic Rubies.

Well we went back by the bar to look inside the U-Haul to find out just what the fuck was going on inside that monstrosity…and while there was a curtain to restrict viewing, when the wind blew…hand to God, we saw a stripper pole, built right into the U-Haul! Holy shit, the Heroes of Hedonism had done gone wild, brought a full bar, strippers and even a stripper pole! We looked at Bubba and Fletch with a newfound respect.

Unfortunately, even heroes are human, and our heroes got so loaded, well…they kinda zeroed out. So when our persistent neighbor asked for a third time, in a pretty aggressive tone and with a backup group this time, “exactly what the fuck does that flag mean?!?” a brawl nearly ensued. Nosy neighbor threw in the towel though and his clan avoided an ass-whoopin and beat feet back to their campsite.

Well here’s what that flag is, according to one source (that we haven’t vetted) – it’s “The United States Civil Flag for Peacetime. We the People of the United States, actually have two national flags, a military flag and a civil flag for peacetime.” And it’s badass looking.

So that’s our story. All of it true. (Except I can’t confirm or deny anything about Kmetz. That’s OPSEC.) By the way. Tool was over the top awesome. Absolutely rocked. Best concert of our lives! And an epic weekend all the way around. Final note, lead singer Maynard attended West Point and supports Military and Law Enforcement. There – I hope you’ve been Kmetz’d! 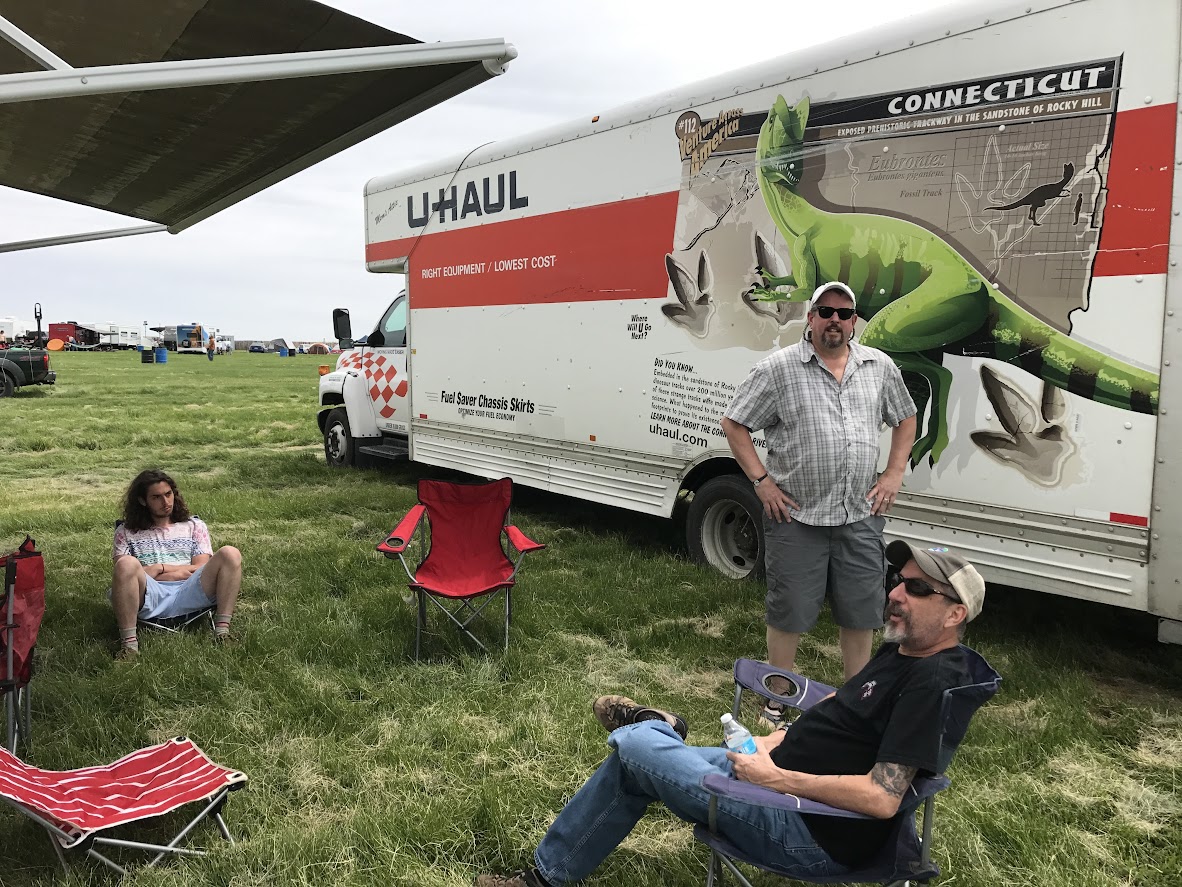 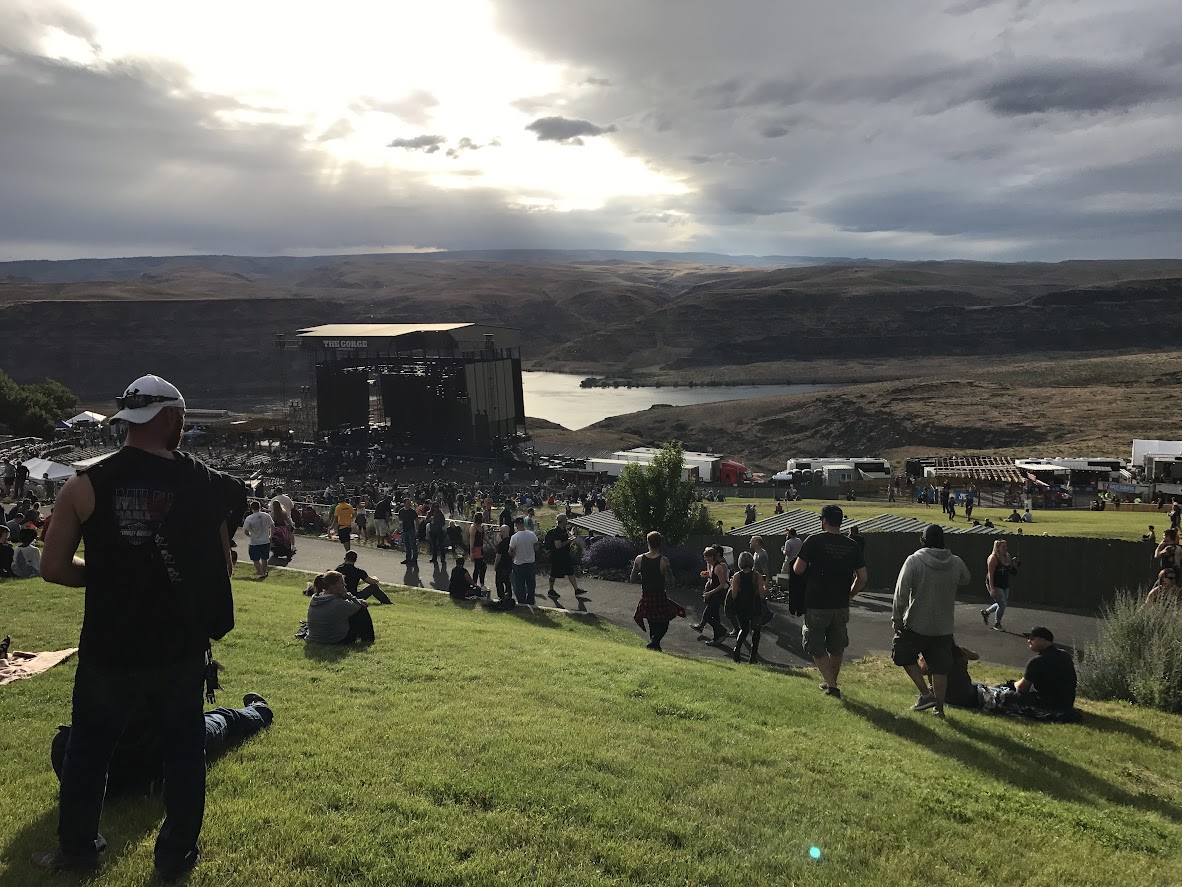 The Gorge, God’s Creation of the Perfect Concert Venue 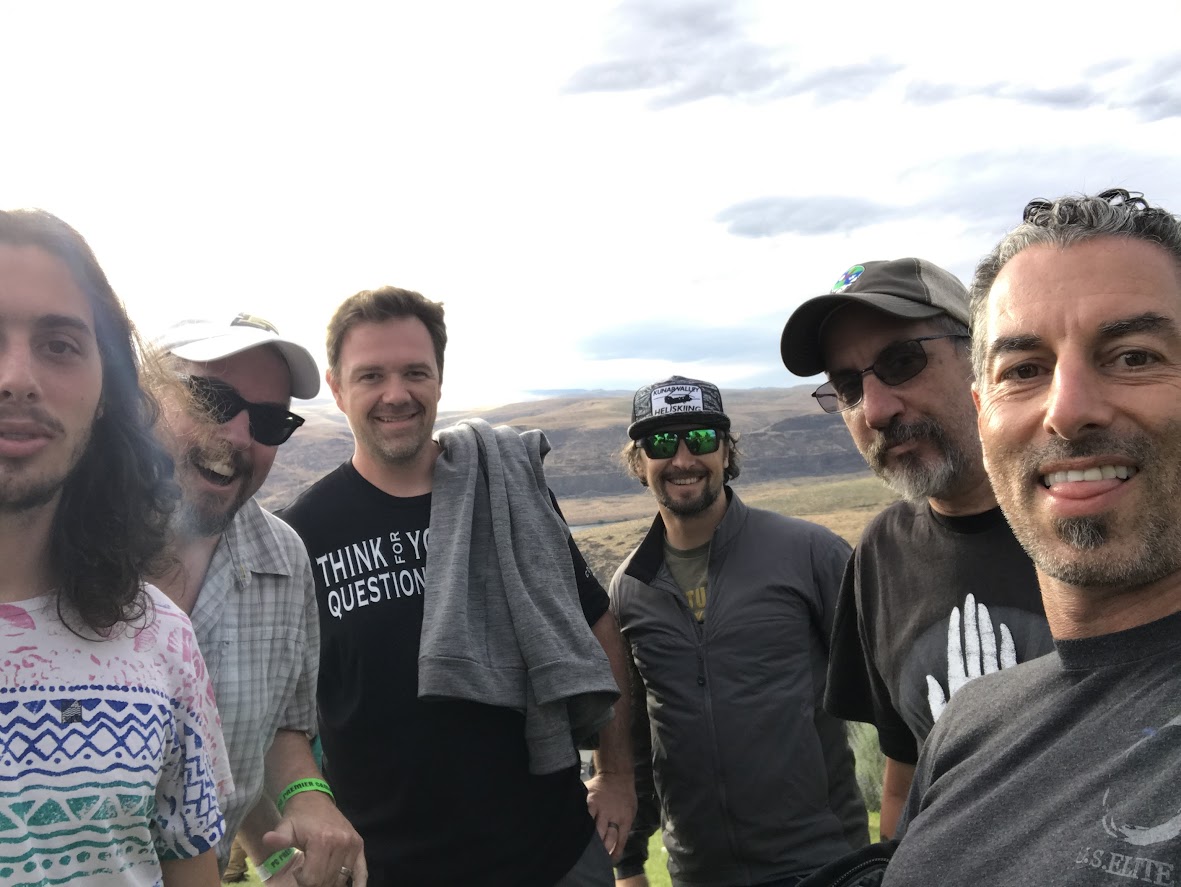 When Hell Freezes Over